When I saw this week's sketch on the Elle's Studio blog, I immediately knew what I wanted to do. I love when that happens! 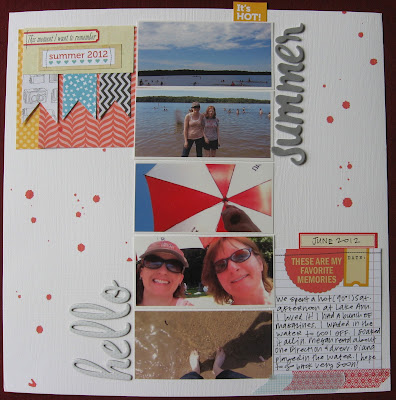 I love the title work in the sketch and brought that over to my page. I enjoyed using 2x4 photos. I don't recall using that size before, but I really like how it turned out. I was able to get a bunch of photos on one page, which is good because there were a lot from this day that I wanted to use. 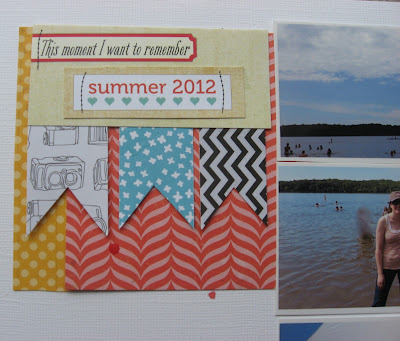 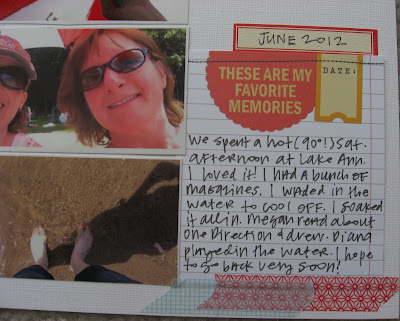 After printing the photos and choosing the tags, the rest came together quickly. I used tags from the Summer Lovin' collection at Elle's Studio. I love their tags and I hear they are going to be at Summer CHA in a few weeks. I can't wait to see what's new! 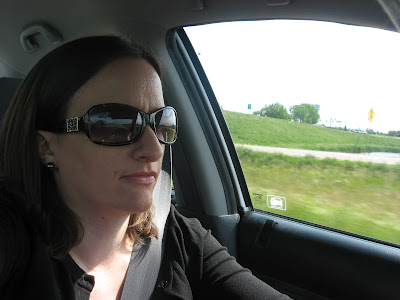 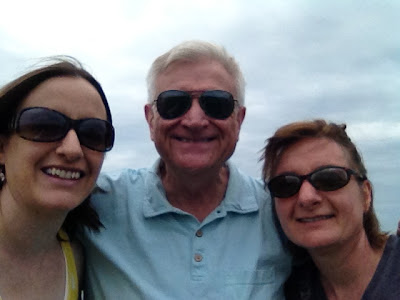 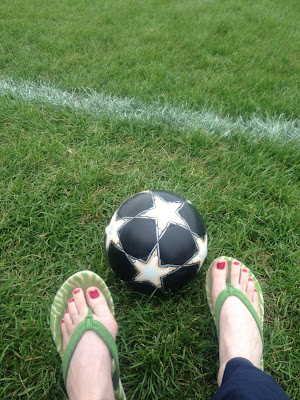 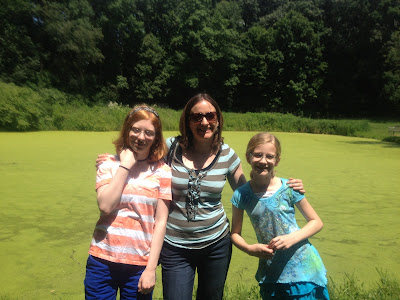 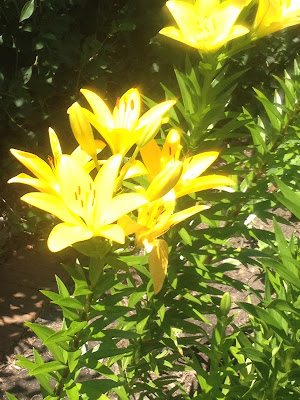 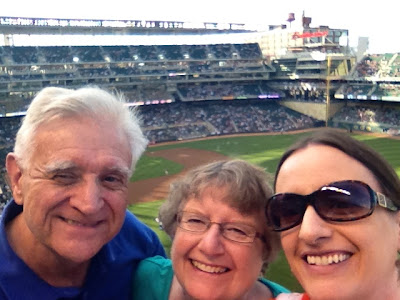 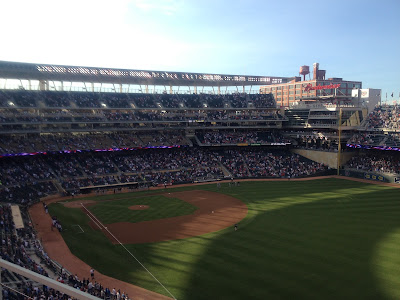 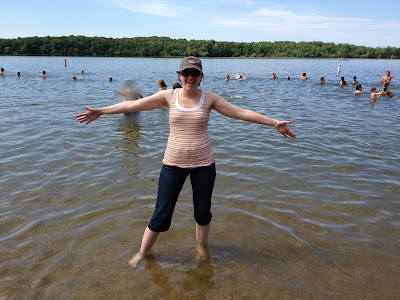 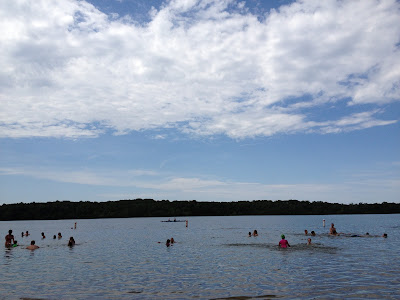 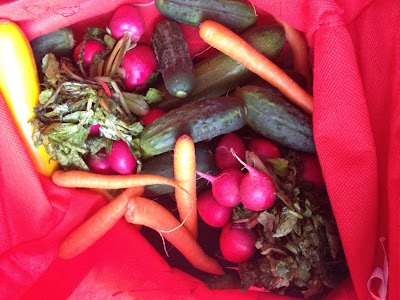 >> Exploring nearby cities I've never been to before.
>> Celebrating my awesome Dad.
>> Watching my nieces play soccer.
>> Visiting my happy place.
>> Watching the Twins take on the White Sox. Clear skies and cooler temps made for a perfect evening to watch outdoor ball.
>> Spending the afternoon at the beach, soaking up the beauty of summer.
>> Bringing home a haul from the farmer's market. Eating baby cucumbers by the handful.
>> Enjoying a neighborhood jazz concert and eating the most delicious beet salad wrap.
>> Playing Wii Music with my nieces and rolling on the floor in laughter at our conductor skills.
>> Eating fresh blueberries off my sister's plant.
>> Scrapping while watching You've Got Mail (ode to Nora Ephron)
>> Making menus, buying super soakers, and writing must do lists for our family's week together.

Summer always flies by. I hate that about summer. There's a lot on tap for July, but I need to squeeze in a few more things! Ready, set, go!
Posted by Sara at Monday, July 02, 2012 No comments:

Today is all about cards. I make a lot of cards. In fact, I never buy cards anymore. I get compliments from family and friends on my designs and even sold some too, which was unexpected and fun. So, I thought I would try my hand at an Etsy store last year, but it was a lot of work and unfortunately, the return on investment wasn't higher than what I was putting in. So, I put that on hold. But I'm still making them for friends and family and enjoying giving them away.

Here are a couple I've made recently. 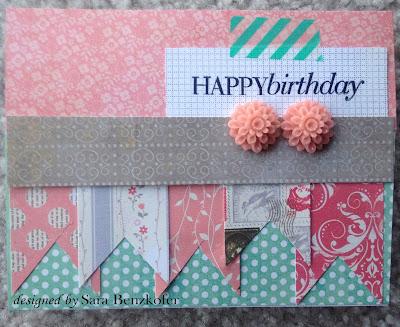 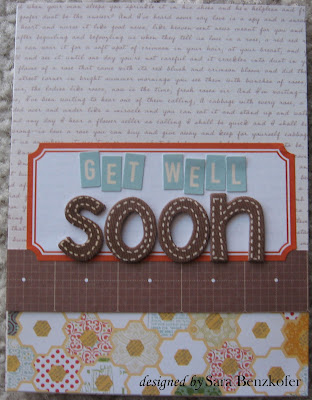 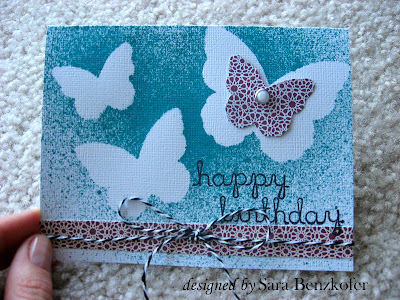 Email ThisBlogThis!Share to TwitterShare to FacebookShare to Pinterest
Labels: Cards 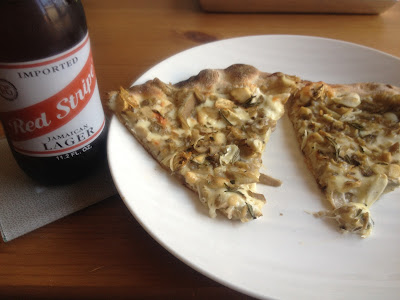 2| This weekend was steamy. I had to turn on the air conditioner, which I hate doing. But it was that or melting into a puddle.

3| I watched the men's final of the French Open. It was rain delayed at a critical junction and was finished early, early Monday morning. I was so bummed that I couldn't see how it ended.

4| I went searching for a dress to wear to a wedding. No luck. Everything was strapless. Super cute on the hanger. Not so much on. The hunt continues....

5| One of my favorite things to do in summer is sit out on a patio with a cold drink, good food and great company. If the view includes water, all the better. I love to just sit back and relax and soak all that is summer in. Tonight, I'm getting together with a couple of friends to do just that.

6| I finished the third book in the Steig Larsson series. Wow, what a disappointment! I found it very boring, which is surprising considering how "on the edge of my seat" I was with the first two books.

7| Cupcake, a favorite restaurant of mine, won Cupcake Wars on the Food Network. How awesome is that?! They're going to use their winnings to open another location. Woohoo!

8| I'm starting to make lists for our time together as a family this summer. Recipe lists. Activity lists. We celebrate 3 birthdays, including my niece who turns 5. If I had a Pinterest account, I'd pin this for her celebration. So cute.

9| Speaking of recipes. I want this salad.

Email ThisBlogThis!Share to TwitterShare to FacebookShare to Pinterest
Labels: Ten on Tuesday 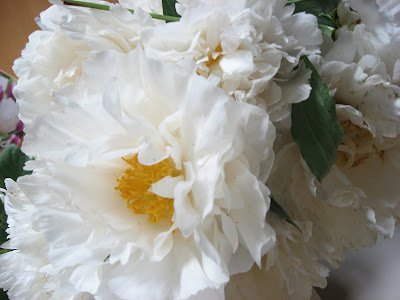 On the grocery list| Avocado. The last one I bought was rotten. Boo
On the TV| Re-watching Downton Abbey. It's so good!
On iTunes| "Some Nights" by Fun. I have to move when I hear this song.
On the scrap table| Layouts for the Elle's Studio Design Team.
On the movie list| Snow White
On the bedside table| Oprah magazine. Let the Great World Spin by Colum McCann


We're in for 90 degree weather this weekend. Bring it, I say!

Email ThisBlogThis!Share to TwitterShare to FacebookShare to Pinterest
Labels: Glimpse

This was one of the six layouts I scrapped in record time for the challenges at Elle's Studio, as part of their new website launch. I'm not sure what happened, but everything was aligned, and I went with it. 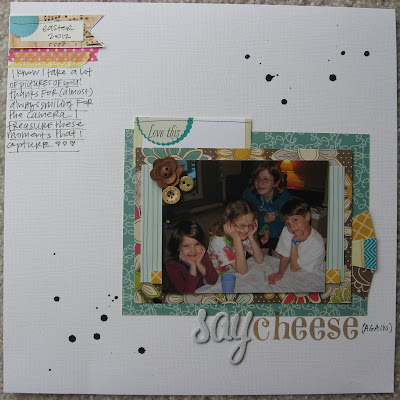 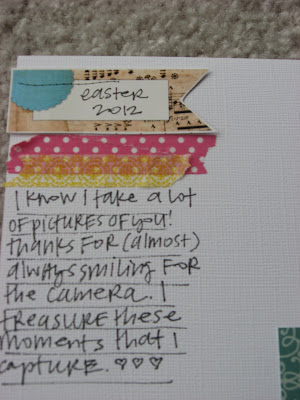 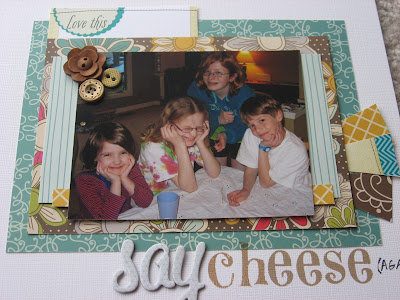 The challenge was to layer. I don't think layering is one of my strongest scrapping skills, but it is something I really love to do. People like Marcy Penner and Allison Waken make layering look so effortless. I try to channel them when I'm tackling the layer.

I realized I don't have any Es left in any of my Thickers! Now, that's a predicament. I guess I'll be choosing titles based on the vowel needed. This time though, I really wanted to use "Say Cheese," so I used stamps. Oh, right, stamps. I always forget about those. I like how it turned out, so maybe I'll stick with this option in the future.

I was with my entire family only a few months ago, but I'm missing them terribly already. We won't be all together again until August and that seems like an eternity. And I don't want to wish for it to come faster because the summer will be almost over then and I don't want the summer to be over either. Yes, this is how my brain works. But this picture tides me over. I smile when I look at it. I never know what face I'll get from these four. It's always a surprise. For the most part, they give me smiles and I'm thankful for that. 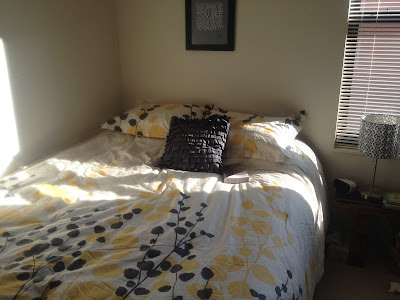 1| I've been stalking this bedspread for a month or so, waiting for a queen size to be restocked. Finally, one appeared the other day and I snatched it up. I love it!

2| I can't believe we're into June already. June always sneaks up on me. I have a lot of fun things planned, including a Twins game and a Lynx game. I'm not even a huge sports fan. Go figure.

3| I've been writing letters and emails and texts and sending "just because" cards. I've been trying to be more intentional in staying in touch with family and friends. It's been fun having all of these conversations going on with different people and using different media.

4| Elle's Studio has a new website, which includes a member gallery. They had a bunch of challenges to celebrate the launch. I participated and made six layouts in one night, which I'm pretty sure is a record. You can check out my gallery here and I've added a link on the sidebar too. I also won a $20 gift card, which I eagerly and quickly spent. Thanks Elle's Studio!

5| I've been eating Farmer's Market lettuce, snap peas, and radishes by the handful. It's only Tuesday and it's almost all gone.

6| I crossed a bunch of stuff off my to-do list yesterday. "Uck stuff" that has been on there for a long time, like applying for dental insurance and figuring out my retirement, etc. It feels so good to have it done though. Lesson learned to not let that stuff fester. Just get yer' done.

7| My dining room table is the last hold out of furniture from my college days. I think it's about time to replace it, no?....it's only been over 10 years. Eee gads. I saw one at Target that I liked, but can't find it online to link up.

8| My niece has started watching The West Wing with her parents. I am a huge fan of The West Wing, so was thrilled when my sister asked for the first season. This past weekend, I was able to watch an episode with her. Totally fun.

9| I want to see Snow White and the Huntsman. Maybe this weekend. I hate to go into a movie when it's so beautiful outside. And I don't want to wish for rain. Dilemmas. Dilemmas. Have you seen it?

10| I'm on the hunt for a clutch. I haul around a giant bag for work, so I'd love to have a much smaller purse for all other outings. I'm eyeing this one. Cheap. Simple. Perfect.
Posted by Sara at Tuesday, June 05, 2012 No comments:

Sara
I'm glad you stopped by The Scrapping Files. My blog is a place where I share the stories of my life using photos, paper, and glue. I love being an aunt, playing tennis, drinking green tea, and watching Downton Abbey. I hope you'll stay awhile. 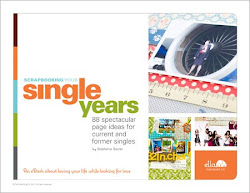